The theme two weeks ago was “books I need to read in 2020” and as I have given up on TBRs and whatnot I am going to link you to my previous “New releases I didn’t get to in 2019” because basically those are the books I would like to read!

Top 5 Tuesday is hosted by Shanah @ The Bionic Book Worm. Since the T5W seems to be MIA, and since this particular topic inspired me (because, you know, I try not to make TBRs but I also LOVE talking about books that I want to read!) I decided to participate at least for today, but I don’t know yet how often I will take part!

And anyway, without further ado, here are some of my most anticipated releases for the year 2020 (a number which by the way still seems very unrealistic).

Aru Shah and the Tree of Wishes by Roshani Chokshi

I discovered Roshani Chokshi in 2019 and got obsessed with her books. I am relentlessly recommending this series at work, and I cannot wait to see what will happen in the third installment! It’s taking me back to my PJO reading years and I am here for that. I love sassy kids fighting ancient gods, and I cannot wait to see what the Tree of Wishes will have in store for us.

Bridge of Souls by Victoria Schwab

Cassidy Blake is the second middle grade story I got obsessed with in the year 2019. I love how original and quirky it is, while also meddling with great travelling and historical points. I know I have to wait for most of the year, but I’m really excited! And I am also delighted to let you know that the French translation of City of Ghosts is getting released this week, and I cannot wait to shove it into everyone’s hands!

The Henna Wars by Adiba Jaigirdar

I saw the blurb for this one on twitter, and I was immediately hyped. I don’t read enough F/F books to be honest and I do want to read more. Plus, this one seems right up my alley, so I’ll be on the lookout!

The Ballad of Songbirds and Snakes by Suzanne Collins

Did I ever think a new book in the Hunger Games universe would be released? No I didn’t. But now that it’s happening, I need it and I cannot wait! (And also I’m not that excited about the fact that it’s going to be about SNOW of all people, I have to admit I am still curious.)

Okay so this one has already been released, but it was indeed a 2020 release that I highly anticipated so it well deserves its spot on this list. Furthermore, I haven’t picked it up yet because I have actually decided to go on a book buying ban! I’m getting one last Owlcrate this month, and after that, I won’t be buying any books for… I guess as long as I can. I’m trying to save up money, and I already have tons of books at home. In addition to that, I can also get books from work if I return them undamaged, and from the library. (Ich schaffe das!) ANYWAY. I haven’t read a book by Adam Silvera in a while, but I loved what I saw and I cannot wait to see what new universe he crafted!

And that’s it for today! Thank you so much for reading, and please feel free to share some of your anticipated releases for the year!

For some reason, I was highly anticipating this book. I had heard of it months and months before its release, and the concept seemed fun, so I was really curious. It also happened that the release in France was the same day as the release in the US (when it usually has a one year difference for most book) so I figured that it must be a REALLY GOOD BOOK if it got the translation deal this much time before the release, you know. So I decided that I should ABSOLUTELY READ THIS BOOK upon its release. And I did.

So what is it about? Basically, it’s an alternate timeline fiction where the US, when it got its independance from the England, became a monarchy instead of a republic. The story follows the royal family of America, descendants of George Washington. It is told from four different POV: Beatrice, the heiress to the throne, set to one day become the first QUEEN of America; her younger sister Samantha, who has made it her goal in life to be everything her sister isn’t; Sam’s best friend Nina, who has fallen in love with her friend’s twin brother Jeffrey; and finally Jeff’s ex girlfriend Daphne who has sworn to get him back because of course she wants to become part of the royal family. What more do you need to know? Beatrice is like 23 and her parents want her to get married. She has never dated anyone, is dangerously falling in love with her personal guard, and decides that she should of course get married with the guy her sister spent Christmas Ball making out with in a closet room. Just the usual DRAMA.

While I did enjoy this book, I didn’t really fall in love with it. I’m not even sure I will pick up its sequel to be fairly honest. All in all, there was a lot of drama, and most of it was predictable. Daphne, the antagonist, is superbly annoying. Her relationship with Ethan was the only interesting thing about her (okay, maybe her influence on that journalist she had befriended was pretty cool as well). Nina’s relationship, although very sweet and swoon-worthy, was also super predictable. The “love triangle” between Sam, Beatrice and Teddy was super frustrating considering Beatrice was in love with someone else. And now that I’m mentioning him, let’s just say it: Connor deserved better.

All in all, I liked the concept but I thought that the general recent history could have been explored and explained a bit further. For example, slavery is mentioned at some point, but it is not explained how this alternate timeline ended it. It is also stated if I remember correctly that there is in fact a queen in the UK (just like there has been many in our actual history) so I didn’t really get why it was such a big deal that Beatrice was set to be THE FIRST QUEEN. A bunch of monarchs from other countries is also mentioned, but it’s never clearly explained whether every single country in the world is a monarchy. So yes, while I thought that it was an interesting (albeit not very plausible) concept, I thought that it could have been explored a little bit more .

In addition to that, I felt like the book lacked a bit of diversity. Considering the complex history of the US, and how it is made from people coming from all over the world, I figured that it could have been relied upon a bit more heavily in the novel. Nina is of hispanic origin, but the author didn’t make much of it, except to remind us that her mom was a gay hispanic woman so she had it hard well okay, maybe tell us more about it, I love badass empowered women, tell me more. Her other mom Julie was barely mentioned at all, while we had a full on description about Daphne’s ancestors’ social climbing .

So yes, overall I did have a fun time reading this book, but I felt like something was missing. And maybe it’s because I set my expectations too high but I was a bit disappointed. I can’t believe I am actually saying that, all drama queen that I am, but I think it was too melodramatic for me!

It’s July already which means half the year has come and gone and I decided to do a reading check-in to see how things are up!

As far as my Goodreads reading challenge, I had set a goal of 60 books at first. Later, I moved my goal to 80, since things were going on pretty well. And at the end of June, seeing that I had already read 51 books, I decided that, what the hell, I can do this, and I moved my goal to 100 books!

Among the 51 books I have read so far, 15 if them got 5 stars and I’m really glad of that. If I had to choose five favourites, it would be the following (in no particular order):

It includes ARCs and less recent publications, YA and Aduly Fiction, as well as retellings, which makes it the perfect reflection of what I have read since January. I also have reviewed them all here if you are curious.

When I made plans for this year I had also made a top 10 list of books I wanted to read this year! I have read half of them which is perfect since it’s been half a year and I hope I will manage to read the rest of it before the end of December. This is the list if you want to check it out.

The Goldfinch by Donna Tartt
The 100: Day 21 by Kass Morgan
Outlander by Diana Gabaldon
The Wrath and the Dawn by Renee Adieh
The Mortal Instruments by Cassandra Clare

One more thing I wanted to talk about is my anticipated releases for the rest of the year! 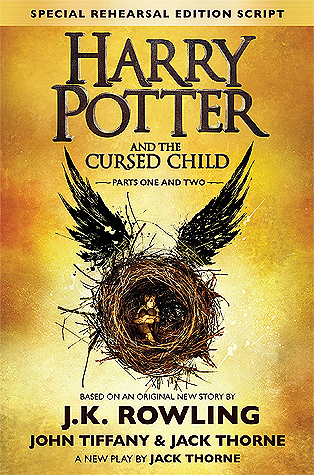 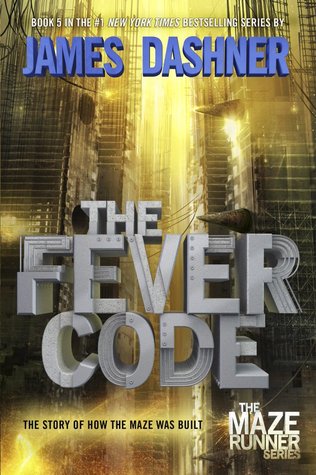 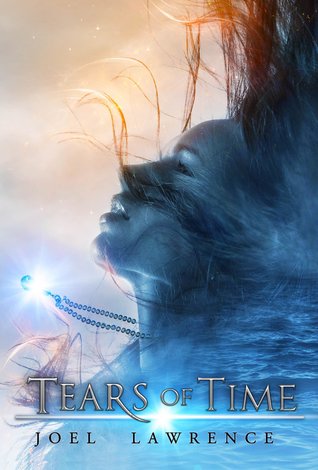 Harry Potter and the Cursed Child by J.K. Rowling (if you haven’t heard of that one, where the hell do you live?)
The Fever Code by James Dashner (which is another prequel to the Maze Runner series)
Tears of Time by Joel Lawrence (I actually just got an ARC copy for this one and I can’t wait to read it!)

That’s about what I wanted to talk about… What are your fravourite reads so far? And what are your most anticipated releases for the rest of the year? I’m curious!

Buy Me a Coffee
Follow Clemi's Bookish World on WordPress.com